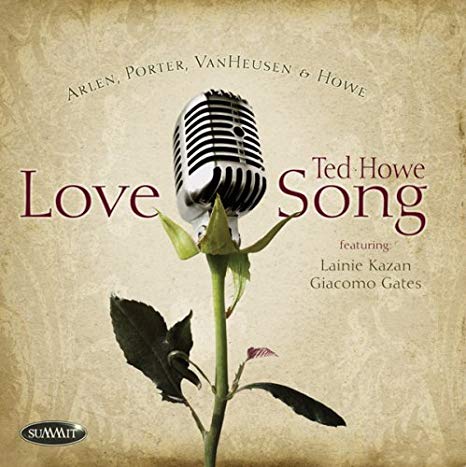 In this third release for Summit Records, Ted Howe invites the listener into a jazz time capsule of love songs, showcasing his eclectic arrangements in the sassy, sophisticated style for which he is noted.

Howe pays tribute to three of our most beloved composers: Harold Arlen, Cole Porter and James Van Heusen. In addition, Howe premieres four of his own compositions with lyrics by Rebekah Miller.

The featured vocalists on Howe's tunes are star of stage, screen and television, Lainie Kazan, along with the great, popular jazz baritone, Giacomo Gates–thus creating a continuum of love songs from then and now.

So, buckle your seat belts for a high flight over memory lane and back again–where the golden age of standards is respectfully reinvented as Howe zooms and caresses the eighty-eights and makes everything old new again.

Whether it’s an old song or a new song, this Love Song’s for you. Because as always, the heart of a simple love song still beats strong.

This is the Album Download. Upon payment, you will receive a link to download CD Quality Wav Files and 320 MP3s.

Let's Do It, True Love, I'll Remember Your Smile, Come Rain or Come Shine, If I Had Known, Let's Fall In Love, Moonlight Becomes You, Midnight On The Beach, All The Way, Love Song

Produced and Arranged by: Ted Howe

Recorded and Mixed by: Talley Sherwood